By the age of 38, Erica had become one of the youngest women on a Divisional global leadership team in her industry. She didn’t get there by being a passive participant. Rather, Erica has been interested in leadership since childhood and enjoyed watching the different leadership practices and styles she was surrounded by as she developed her own unique leadership voice and style. As a young executive, Ms. Peitler chose not to focus on the male/female dynamic in the workplace and never acknowledge the existence of a glass ceiling, so she felt she didn’t have to break through it.

After attaining a high level of success with her work in the pharmaceutical industry, Erica chose to take a year off and consider what her next big adventure would be. During that time, she went on an exciting learning journey taking classes, practicing yoga and journaling intensely. It was then that she confirmed that leadership was her true passion. Ms. Peitler became a certified leadership coach and wrote her first book, Open Up and Say aaah! In this book, Erica shares her insights about transitions outlining how to figure out where you are, considering what changes you might chose to make, and making the roadmap clear for what is next and how to get there.

Ms. Peitler is the founder and CEO of her own Leadership Counseling firm where for the last eight years she has worked with over 25 CEOs and hundreds of executives of both small-to-medium businesses as well as Fortune 500 Corporations. What drives her every day is that she gets to walk through a door and experience a situation that isn’t predicted or defined. Erica appreciates that her work is in real-time and that every conversation is an opportunity to positively and purposefully influence the lives of others.

During her current role as a leadership performance coach, Erica has designed countless models and frameworks for her clients. This eventually led to her second book, Leadership Rigor! which was launched in September on amazon.com and reached the status of international best seller within 3 months (#1 in Canada, #1 in Australia, #6 in the UK and #3 in the United States). In it, Erica tackles the question of what it takes to progress as a leader as you move from leading yourself, to leading teams and ultimately learning to lead at the organizational level. ­­ 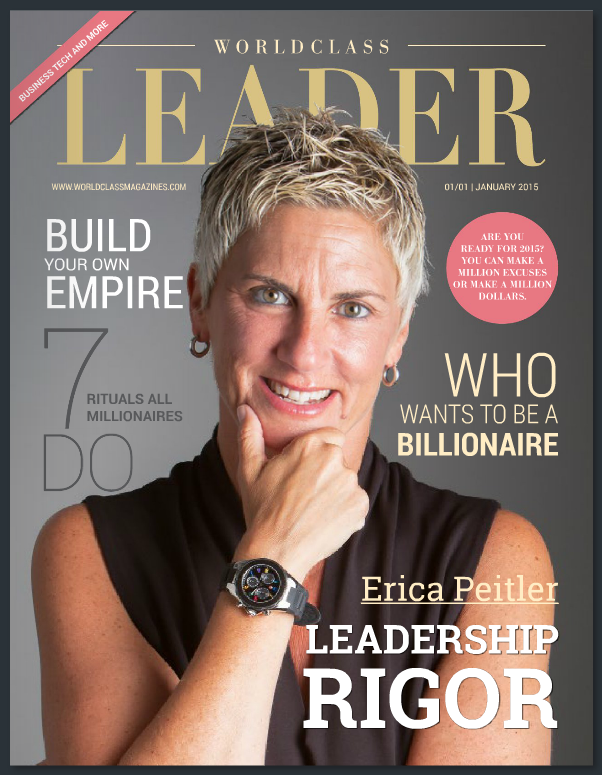